Galois Capital, a hedge fund whose founder is credited with spotting the collapse of cryptocurrency luna this year, has been caught off guard after close to half its assets were left trapped on crypto exchange FTX, which filed for bankruptcy protection on Friday.

Galois co-founder Kevin Zhou wrote to investors in recent days, in a letter seen by the Financial Times, that while the fund had been able to pull some money from the exchange, it still had “roughly half of our capital stuck on FTX”. Based on Galois’s assets under management as of June, that could amount to around $100mn.

“I am deeply sorry that we find ourselves in this current situation,” wrote Zhou. “We will work tirelessly to maximise our chances of recovering stuck capital by any means.”

He added that it could take “a few years” to recover “some percentage” of its assets.

FTX on Friday said Sam Bankman-Fried was resigning as chief executive, after failing in a last-ditch effort to secure a rescue package. It follows a tumultuous week in which the exchange admitted it was unable to meet customer withdrawal demands without external funds, raising fears that clients could face big losses.

FTX’s Chapter 11 bankruptcy filing in a federal court in Delaware includes FTX’s US entity, Bankman-Fried’s proprietary trading group Alameda Research and about 130 affiliated companies. His empire was valued at $32bn just months ago.

Industry insiders say that the fact FTX was used by so many hedge funds and seen as one of the world’s safer crypto trading venues means many managers may have money stuck on the exchange.

Galois did not immediately respond to a request for comment.

Galois is one of the industry’s biggest crypto-focused quant funds and, as of this summer, it was managing more than $200mn in assets. A major part of its trading activity is as a market maker, allowing it to make tiny gains on other investors’ trades.

Zhou, who worked at digital exchange Kraken before setting up Galois, is well known for his early criticism of cryptocurrency luna and its linked stablecoin terraUSD, ahead of their $40bn collapse in May. 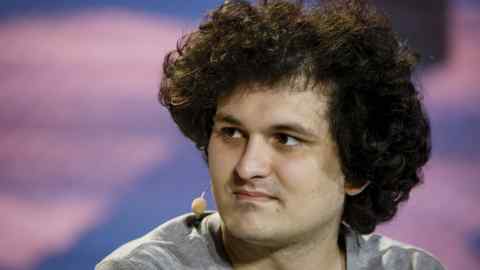 He said in the letter that his fund had been left with the money in FTX because it had “a ton of open positions” that it had to close and due to “underappreciating the solvency risk with holding our funds at FTX”.

He added that if FTX did file for bankruptcy, then Galois would become a creditor.

If that happened, then “I expect we will recover some percentage of our assets on FTX over the course of a few years,” he said.